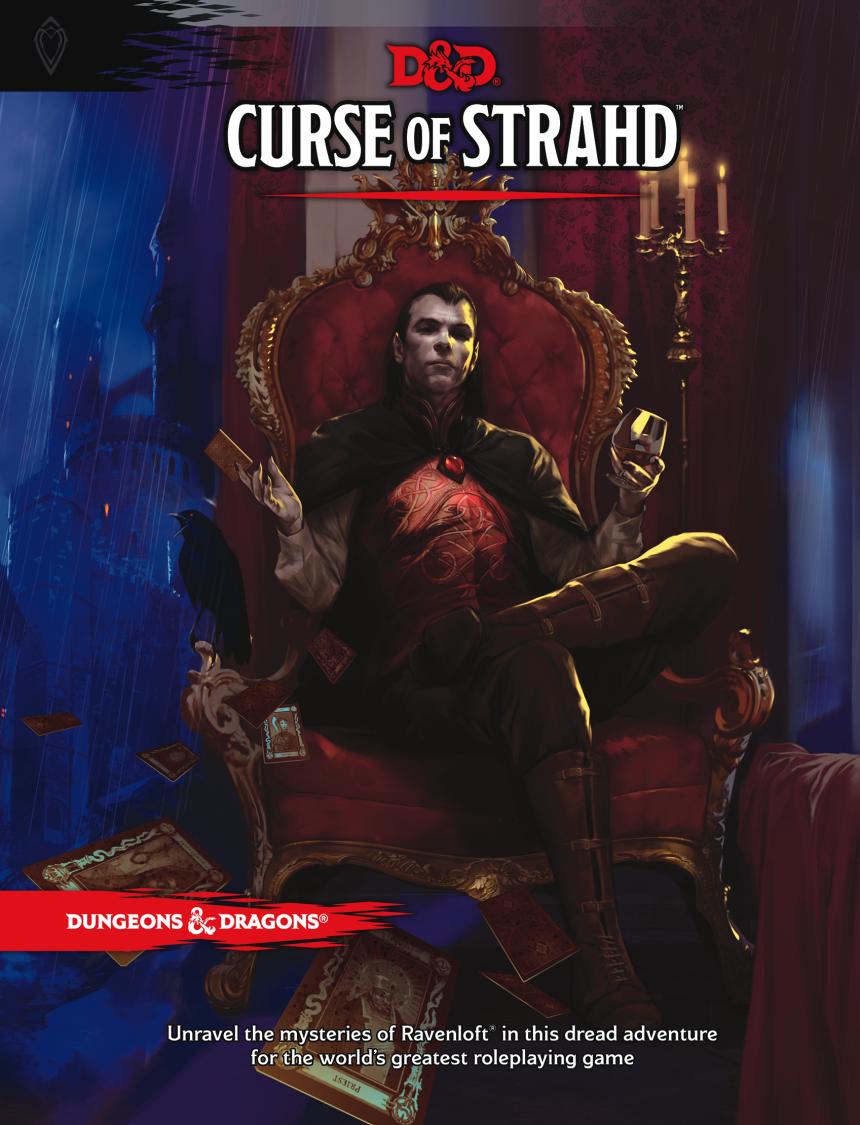 If you’re planning to start a Strahd themed D&D game, here are some tips for you to use. This includes the different abilities of Lord Strahd, the campaign adventures you can create, and a guide to the dungeon.

One of the most popular D&D games of all time is the Curse of Strahd. Designed to provide players with a gothic horror experience, this campaign has plenty of memorable elements. Whether you’re a new player or a seasoned veteran, you’ll find plenty to enjoy.

In a nutshell, the Curse of Strahd is a gothic horror adventure set in Ravenloft. The setting is loosely based on medieval eastern Europe, and the rules make good use of its lore. For instance, Strahd von Zarovich stands in for Count Dracula.

There are plenty of side quests and mini-adventures, as well as an abundance of NPCs. This allows players to explore at their leisure. It also gives them a reason to return to Barovia and interact with different NPCs.

But the main point of the Curse of Strahd is to introduce newer players to the world of D&D. While the game may be a bit overwhelming, it doesn’t railroad them. Instead, it offers an interestingly structured campaign, a strong sandbox, and an organic end.

If you’re looking for an introduction to 5th Edition D&D, the Curse of Strahd has what you need. With a sturdy four-panel DM screen, an easy to use Tarokka card system, and maps to help you navigate Barovia, this is a fantastic entry level adventure.

It’s not as scary as some of the other D&D adventures, but it does deliver on the gothic horror promise. In addition to the specter of Strahd, you’ll encounter monsters such as evil dolls, werewolves, vampires, and traveling circuses.

Curse of Strahd is a horror-themed D&D campaign. It features vampires, Halloween-style monsters, and a story that is super creepy.

The campaign begins with a one-shot adventure called Death House. This three-floor dungeon will have your character level up to third level. If you want to continue your adventure, you can head to the Vistani encampment. There, Madame Eva will give you five cards.

When you reach the final level, you will have to deal with Strahd von Zarovich, a greyhawk vampire. You will have to defeat him before he kills you. Luckily, you have a specter to help you find your way back to the main quest line.

Throughout the campaign, you will explore the sinister valley of Barovia. This is a place where natural magic is corrupted by Strahd. He has taken over the powers of Barovia. So, you will need to come up with creative solutions to overcome this.

After you have defeated Strahd, you may find yourself venturing into other Domains of Dread. Here you can inject your characters with unique, iconic allies.

One way to make a Curse of Strahd campaign fun and immersive is to stop the consort schemes. In fact, you can do this for a number of different side quests.

One of the newest campaign adventure ideas in the game of D&D is the Curse of Strahd. Designed to be a more modern take on the horror genre, this campaign adventure takes place in the domain of dread, a pocket dimension known as Barovia.

The Domains of Dread are a collection of several distinct demi-planes, all of which are characterized by their own unique horror aesthetics. While each is a bit different, all share certain common themes. These include the Dark Lord, the Domains of Dread, and the demon Strahd.

Aside from the specter of Strahd, which serves as a beacon to draw players back to the main questline, there are also a number of other cool things in Ravenloft. Some of these might not be as relevant to the game’s development, but they’re still fun to play around with.

There’s a number of great ways to level up in the Curse of Strahd. Leveling up isn’t limited to XP points, and you can get away with going fast in some areas. For example, I’ve seen campaigns where the PCs simply pick up a deed and build a new home in exchange.

There are also cosmetic spell modifications, such as telepathic eavesdropping and alarm screams. If you’re a fan of the old magic heirloom, this is a great time to get your hands on one.

Another nifty thing in the Curse of Strahd is the Terroka card reading. This abstract plot outline uses a randomized deck of cards to give you an outline of what you’re supposed to be doing. You’ll be able to find out which magic items you’ve found, which ally you should be taking into the Amber Temple, and even which magic item will be the final battle against Strahd.

Strahd is a dark, powerful being who controls Barovia. The ruler of Barovia, Strahd is immortal, and possesses supernatural abilities. He is also a powerful, calculating genius.

He inherited these skills from his mother Ravenovia. When he was younger, he ruled people with a hard hand from Ravenloft. However, as he grew older, he began to brood about his own death. Eventually, he made a pact with the Vampyre, an evil god.

The Vampyre gave Strahd the power to transform into a wolf or bat, which allowed him to survive in the dark. This is one of the reasons why he appears so cold.

In addition to his powers, Strahd can control the weather, granting him immense power over the natural world. Additionally, he can create swarms of rats and wolves to attack enemies.

His main goal is to find and reunite with his lost love, Tatyana. But the Darklord of Barovia may go to any lengths to get her.

One of his more powerful abilities is a spell called Frightful Joining, which allows Strahd to take over the mind of his foe. If the target is under his influence, they can’t resist his commands.

Strahd can also use a variety of spells to drain energy from his enemies. These include Blood Drain and Waves of Fatigue, which reduce the physical and mental strength of their victims.

Strahd can also control the lightning, weather, and moon. His abilities are so strong that he can summon extraplanar creatures.

Identifying Vasili as a Strahd alias

Vasili von Holz is a young nobleman from the fictional city of Vallaki. He is also the alter ego of Strahd von Zarovich, the man who rules the roost. It is his mission to get the best of both worlds.

For Vasili, this translates to helping the Baron with his taxes and other matters. However, he will not be involved in the politics of Vallaki. Instead, he will try to involve the PCs in what is going on in the world of Vallaki.

One of the ways he will do this is by using the Disguise Self spell to make himself appear to be an entirely different person. This makes him look a bit shorter than he really is. When he’s not disguised, he’ll be a regular guy with a few tricks up his sleeve.

Another trick he uses is to feign interest in his bride. The best part is that he can do this in a friendly and entertaining manner. Ireena is a nice lady and she likes to have fun.

Trying to figure out which of these tricks Vasili is using can be a bit tricky. If you’re in Barovia, you’ll need to find out which one is the real deal.

In general, Vasili is an engaging character with a wide range of interests. He’s got a good idea of what’s going on in the world of Vallaki and will use his knowledge to help the PCs.

If you’re looking to make a game about the curse of strahd, there are several different options to choose from. These include a hefty monetary outlay for a collectible set, a DIY homage to the best of the best, or something in between.

Creating a Curse of Strahd-themed game might seem like a daunting task. Fortunately, WotC’s spielmasters have put together a helpful guide. From there, the rest is up to you.

In particular, the D&D Adventurers League Player’s Guide is your best bet for a comprehensive look at the Curse of strahd. It includes a handy table tent, an in-depth guide to the rules, a smorgasbord of character sheets, a smattering of log books and a wealth of supplementary material. Designed for beginners and experts alike, this is the perfect resource to build a successful roleplaying campaign.

For those seeking the complete Curse of strahd experience, WotC has also produced a suite of specialized adventure modules that can be used on their own or together. From the epic to the micro, you’re bound to find something that fits your play style. Aside from the official guides, you’ll want to keep an eye out for events such as D&D Launch Events. During these events, you can have a chance to explore the world of d&d in the shortest amount of time. This is the best way to learn more about the D&D line of products and experience the magic of playing Dungeons & Dragons.