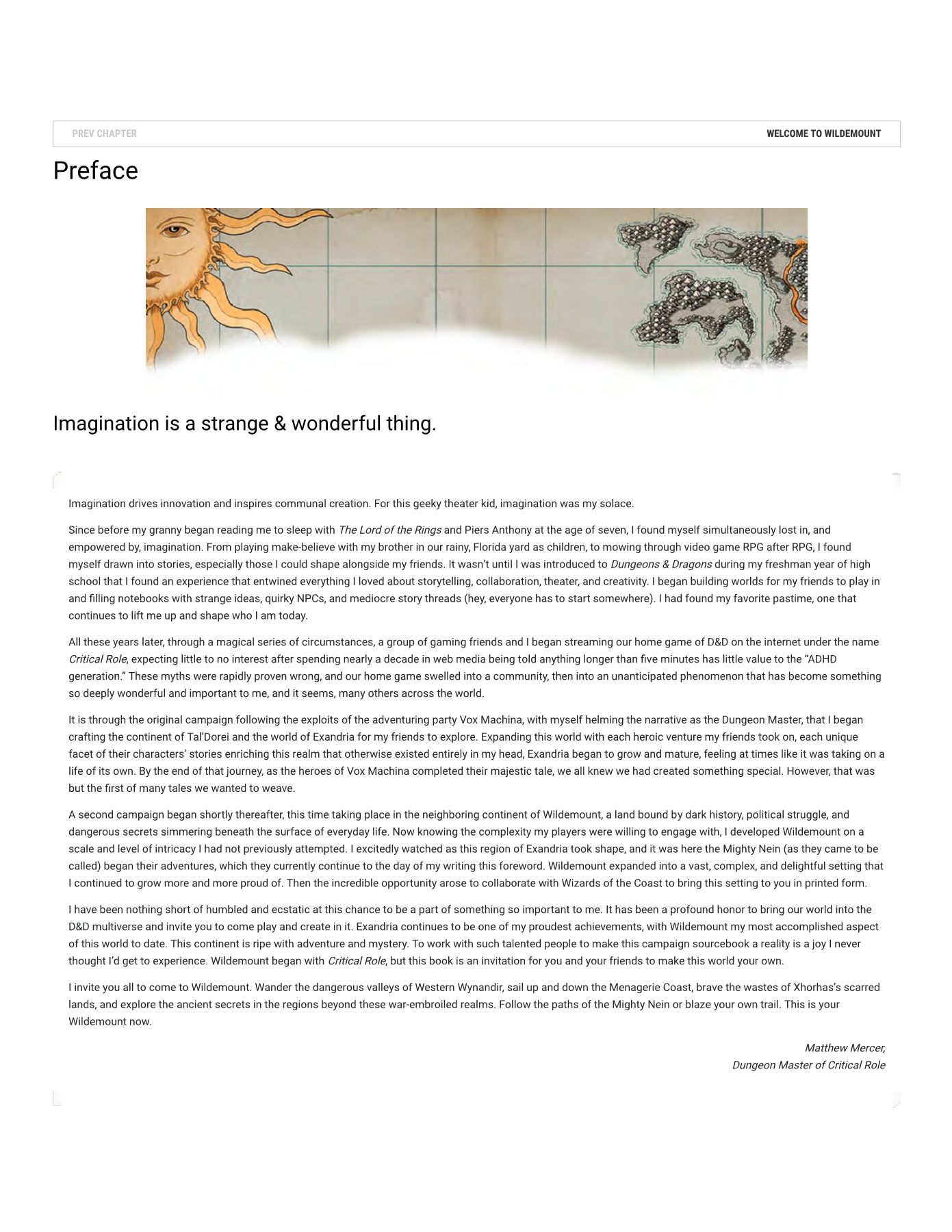 Explorer’s Guide to Wildemount is a sourcebook for the Critical Role campaign setting. It details the continent of Wildemount, including maps and illustrations. In addition, it offers a variety of original creations by Mercer, including Dwarven gods and Dunamancy.

The new Dunamancy spells found in the upcoming Explorers Guide to Wildemount are an interesting addition to the D&D game system. These spells allow a Dunamancer to manipulate the world around him in a way that most mortals cannot.

In this case, it involves subtly bending time and gravity. Dunamancy is a form of magic that can be harnessed to alter the course of history. It allows the user to shift his fate in a meaningful way.

Dunamancy is a fascinating concept that should lend itself to many creative characters. In the future, Dunamancy will likely be used for other interesting purposes in the Dungeons & Dragons setting. However, there are a few things to keep in mind when playing with the power of dunamancy.

One is the fact that Dunamancy is not a well-studied power in the D&D setting. Rather, it is an esoteric power that can be tapped into by some groups and organizations.

Another interesting feature of Dunamancy is the ability to access alternate realities. This is a pretty big deal. When a Dunamant uses this ability, he or she can access other timelines and even peer into possible versions of the past.

Using this ability will require some DM work. If you want to explore this in your own campaign, make sure that you know how to make use of it.

For players of Critical Role, this system is just another exciting addition to the world of Wildemount. There are two Arcane Traditions that are worth checking out, as well as a new class and subclass. While there are some cool new spells, you won’t find a whole lot of information on how to use these spells. You may want to read up on the other schools of magic in the 5e rulebook before trying to apply them to your game.

Even though the Explorers Guide to Wildemount doesn’t offer a full rundown of all the spells available in Dunamancy, you can still incorporate it into your campaign.

The Dwarven gods are a big part of the Wildemount setting. Moradin is the head of the dwarven pantheon. He is a faceless dwarven being of immense strength. He is a patron of the clans and is a protector of family. His holy day, Deep Solace, emphasizes loyalty to the clan.

In addition to Moradin, the Explorer’s Guide to Wildemount features several other deities. Tharizdun, Maglubiyet, and Gruumsh are just a few of them.

Moradin’s Order is dedicated to defending the holdings of the dwarven clan. Its Grand Council consists of reigning monarchs and senior Hammers. This order also focuses on establishing new dwarven territories.

As with the majority of elves, there are several subraces. There are pale and pallid elves, and sea elves. Sea elves can breathe underwater, while the pallid elves have the ability to use the spell Light at first level.

While the races and the monsters aren’t very different from those in the Forgotten Realms, there are a number of unique aspects to the Wildemount setting. These include the Pirate adventuring coast, the mystically dangerous frozen wastelands, and the god-scarred lands of the dark elven dynasty.

Unlike other settings, the locations in the Wildemount setting aren’t just town names and statistics. Each location has its own plot hook.

Aside from Moradin, the other major focus of the Wildemount setting is the land of war. The Kryn Dynasty and the Dwendalian Empire are both at war. One of the main plot lines of the Explorer’s Guide to Wildemount is the revival of the betrayer gods. Those gods are locked away behind the Divine Gate. That prevents them from interfering with the mortal world.

The Explorer’s Guide to Wildemount is a great sourcebook for any 5e D&D player. It contains a lot of content, including nearly 200 magic items, nearly 50 monsters, and nearly 100 player art handouts. It also includes the Heroic Chronicle, which should make character creation more rewarding.

As a fan of high fantasy, the Explorer’s Guide to Wildemount deserves a place on your shelf. It’s a fun, richly detailed setting, and the Heroic Chronicle should help you create characters that fit well into this setting.

The Explorers Guide to Wildemount is a new D&D 5th edition sourcebook. It is based on the Critical Role web series and authored by Matthew Mercer. Mercer has been running Dungeons & Dragons campaigns since his high school days. He has a knack for imagining pantheons, magic systems, and entire societies.

As you might expect, the Explorers Guide to Wildemount contains many interesting concepts. In fact, it’s one of the most creative 5E products available. There are dozens of mini-campaigns, new spells, monsters, and magic items.

One of the most interesting aspects of the book is its creation process. It took a team of talented designers and artists, as well as a fellow DM, six months to create the first draft. But in the end, the resulting product is a 304-page guide that is full of cool ideas and features.

Aside from the usual D&D stats, this book also contains sections on the politics, history, and religions of the region. Additionally, the book features artwork from fans of the show.

The book’s first chapter covers the continent’s four regions. This includes detailed maps of each region. Each region is a little different from the next, which gives you a chance to try out a variety of play styles and approaches.

The second section of the book contains four quests. These adventures are designed to be quick and fun, with the goal of helping players get started in the world of Wildemount. They’re also good at teaching new players about the various factions and conflicts that are part of this setting.

While the Explorers Guide to Wildemount is not the most exciting or excitingly original D&D product to come out this year, it is the most valuable. It gives you a taste of many of the more interesting things that can be done in the D&D world, and offers suggestions on how to incorporate these elements into your own games.

Overall, the Explorers Guide to Wildemount is primarily a slick campaign setting, with plenty of content to offer players and DMs alike. It’s a surprisingly well-written, well-produced book, and a worthwhile addition to your Dungeons & Dragons 5E library.

Whether you’re playing the Critical Role series on the web or in your local game store, it’s no secret that Matt Mercer loves his fictional world, Wildemount. It’s a classic fantasy setting, with a little something for everyone. And now you can explore it with your D&D friends. Whether you’re an experienced player or a new DM, this guide will introduce you to a sandbox of adventures and monsters.

Wildemount is a continent within a larger continent, Mercer’s Exandria. The two continents are separated by a large body of water. This allows for conflict between the different groups to extend far beyond the borders of the Dynasty.

As a result, Wildemount is not a themed setting like Eberron. Rather, it is a player’s take on a classic fantasy world. While it doesn’t offer much in the way of unique terrain, it offers an interesting mix of 5e lore and Mercer’s own creativity.

Mercer’s world-building process begins with a question: How would people react to an incident? Often, Mercer takes inspiration from video games and pop culture.

He also draws on personal experience, including his own life, to shape his worlds. Ultimately, his fiction is about conflict between individuals, societies, and factions. Often, Mercer engages with human foibles and the power of evil. His creations are often about how humans deal with the mistakes they’ve made.

In addition to introducing a fresh new world, Mercer also introduces some exciting new magic items. For example, the Blood Hunter class, which he helped design, appears on DnD Beyond.

The Explorer’s Guide to Wildemount includes four level one adventures. Each adventure is designed to introduce a new region of the Wildemount. You’ll also find information on the world and its laws of time and space. If you’re just beginning to run a game, or if you’re a fan of Critical Role, this book is a great way to introduce new players to the fantasy world of Wildemount.

It’s an ideal tool for use alongside your Dungeon Master’s Guide, or even the Player’s Handbook. Regardless of your preferred method of playing, the world of Wildemount offers endless conflict.